Ok so I mma come back to the niax changes for now and talk about alternative Divine rapiers. Divine Rapier is an item that when used correctly racks up kills for the player. It is a highly expensive item that contains the most risk out of all of the items in the game. The purpose of this article is to argue an alternative option that lowers the risk involved with carrying the item. An option that has been on my mind for awhile now is the change of divine rapier into a consumable over a weapon. 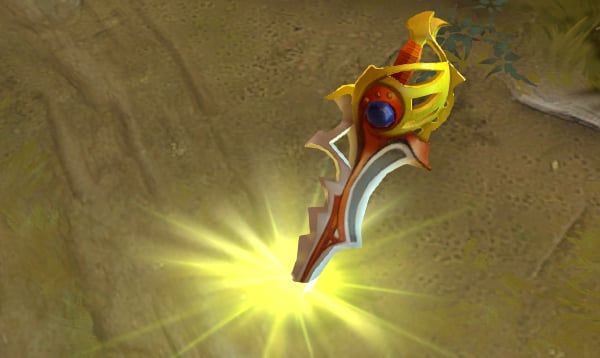 The weapons is mainly used for fun games when you’re playing for fun but it has no feel for usage in serious games. There are many reasons for this. It’s massively expensive, it drops on death, and the item gives to much damage. These all give the item a for fun attitude over serious usage.
Now to change the usage into fun usage is to make it a consumable. The idea is the item still gives three hundred damage, but evenly distributes it between all your items when used. So if the player have two items in their inventory: one will give one hundred fifty damage while the second item will also give one hundred fifty damage.

Additionally it turns all of the player’s items into divine weapons. Next, the items lose their status after death or when five to seven minutes have passed.
This gives the item more serious play because you cannot just stack divine weapons anymore. On top of not having the ability to stack, the item isn’t just a wild card that can be picked up upon death.
There is a rush the player contains when they obtain divine rapier. The player is nervous of whether they will give up their item to the enemy or not. But now the item will be used closer to something like a aegis of immortal. Used strategically when high damage would be useful for play.
It is also a good item on heroes like alchemist because they have high item slot usage. It will delay the purchase of aghnims but will be more fruitful for ending the game earlier or netting some quick kills. Enemies will be forced to delay battle out of protection from death.